Hope Works and Steel Selekions combine to bring a Christmas party to Sheffield that will absolutely shake your baubles off!

Little needs to be said about drum and pioneer LTJ Bukem. Connecting the threads between jazz fusion and frenetic breakbeats, his “Logical Progression” album was seminal for an entire generation of partygoers and the output of his Good Looking Records imprint never ceased to deliver quality, forward thinking music. We are so excited to get him down for 90 mins of jungle bliss alongside veteran Hospital Records MC, Ruthless.

As the night goes on, the king of dubby, frantic drum and bass steps up to the decks for a 2 hour barrage of heavy Amens, blood-curdling synths and rolling 808s. Having worked on a reggae sound system from the age of 14, Digital’s productions are drenched in dubwise sirens and basslines, alternating between broken beat and steppers to create a real throwback to the peak of jungle in the late 90s.

Combined with a stellar lineup on support ft Charla Green the Steel Selektions crew and Raze Soundsystem powering the whole night we couldn’t think of a better way to end the autumn season! DO NOT MISS!
Tickets on sale NOW! 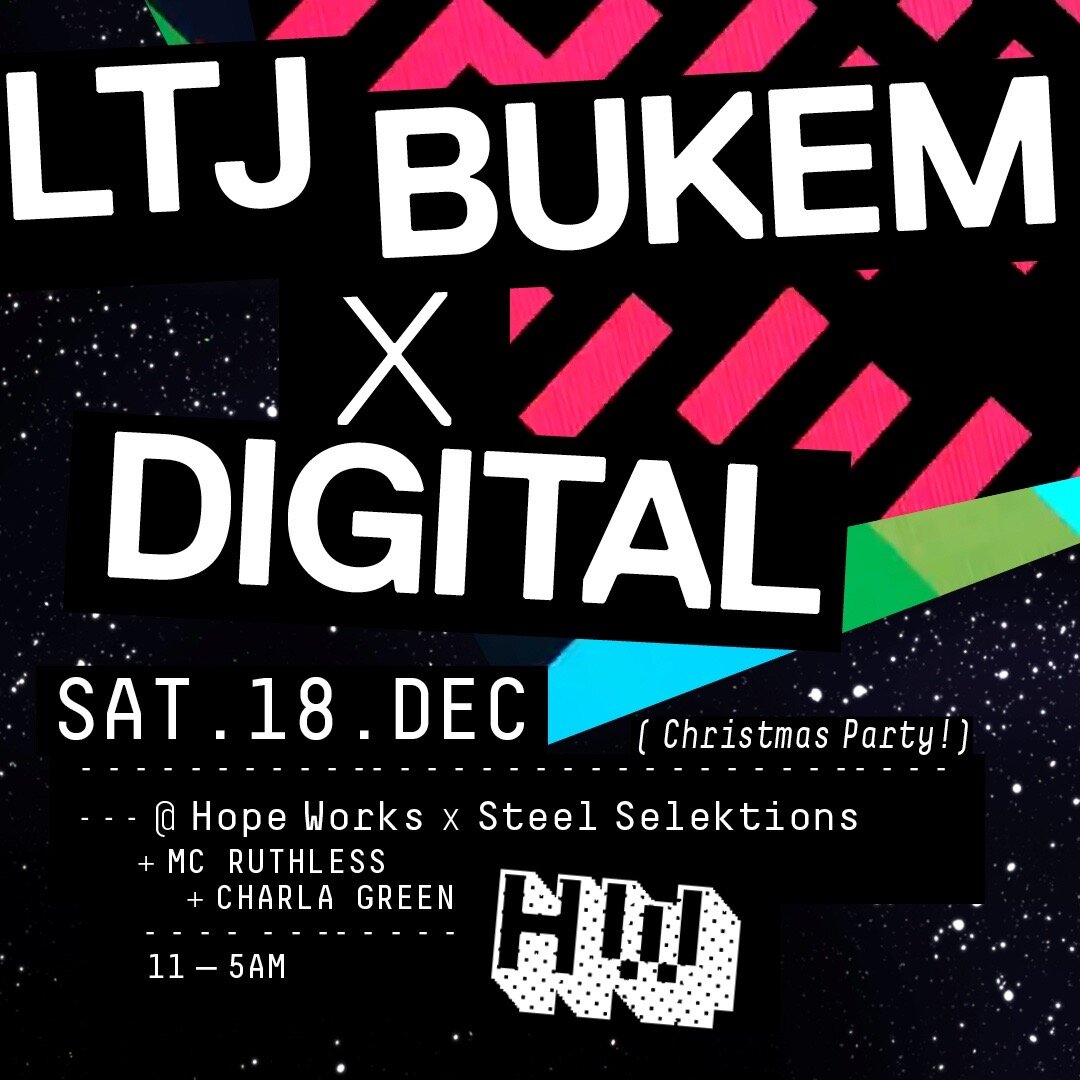